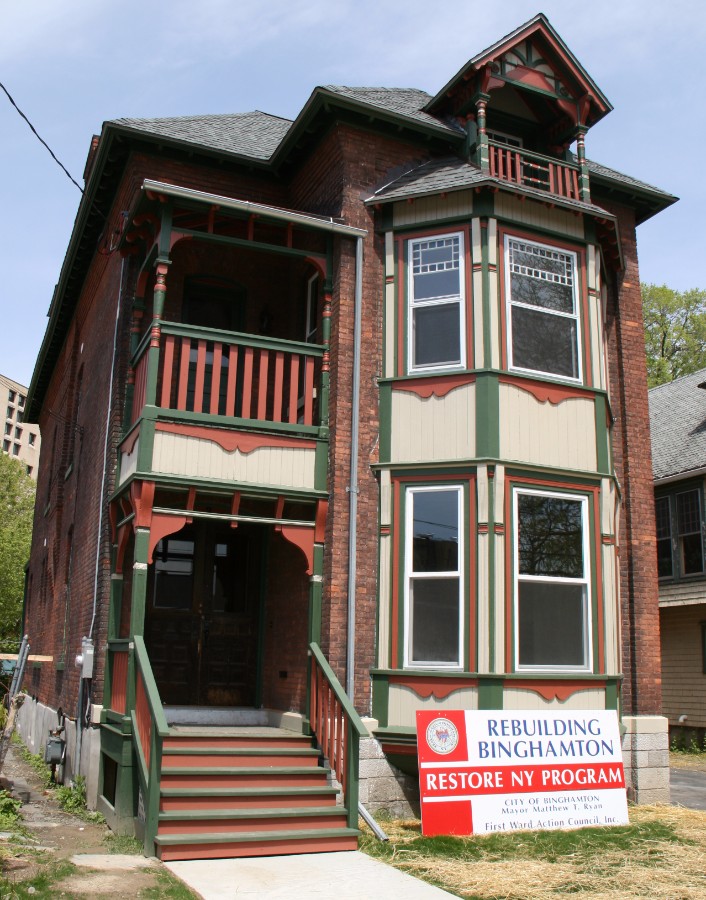 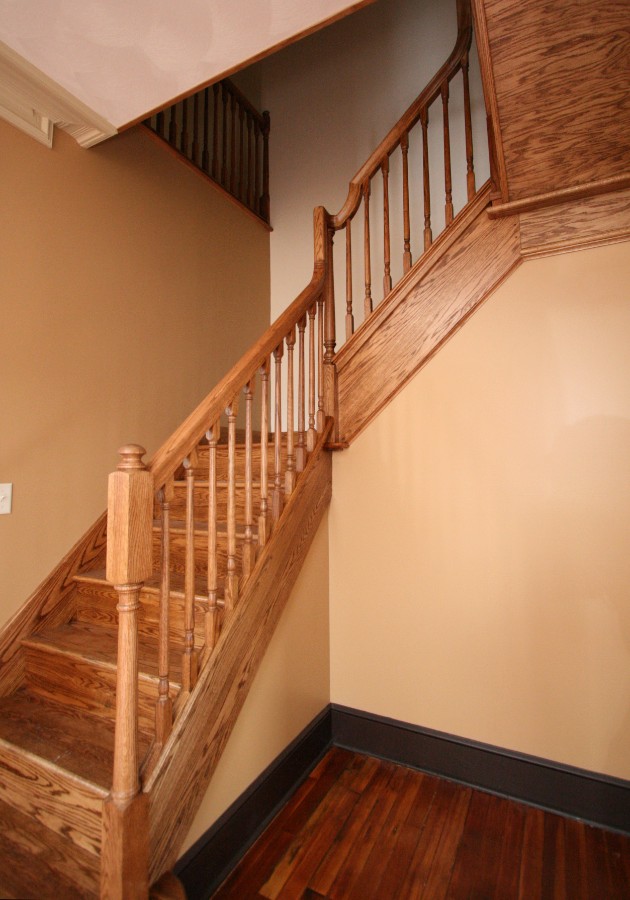 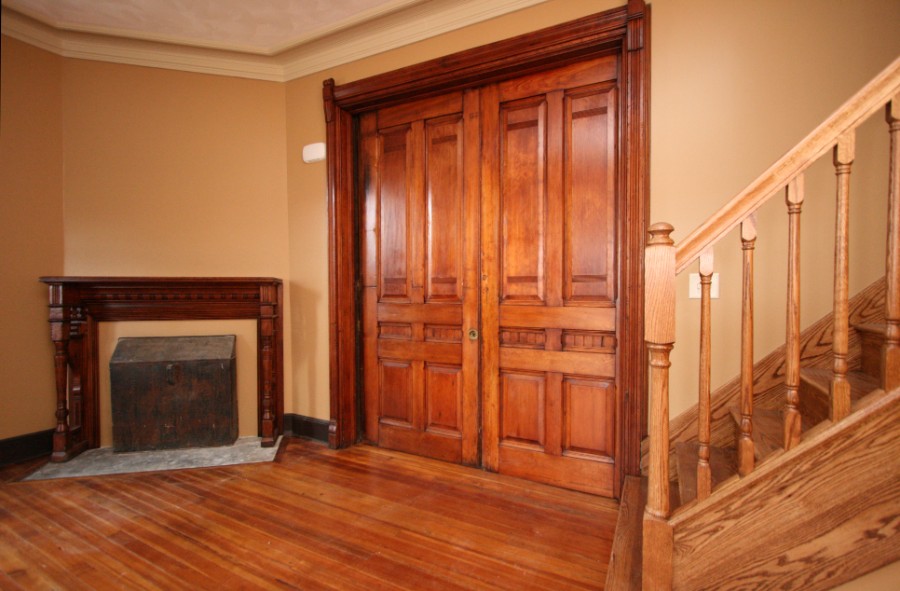 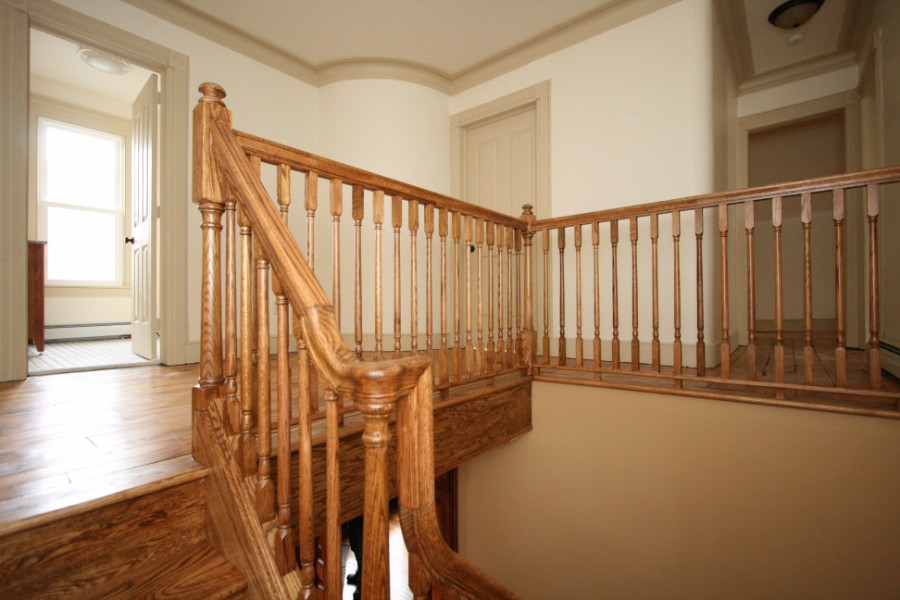 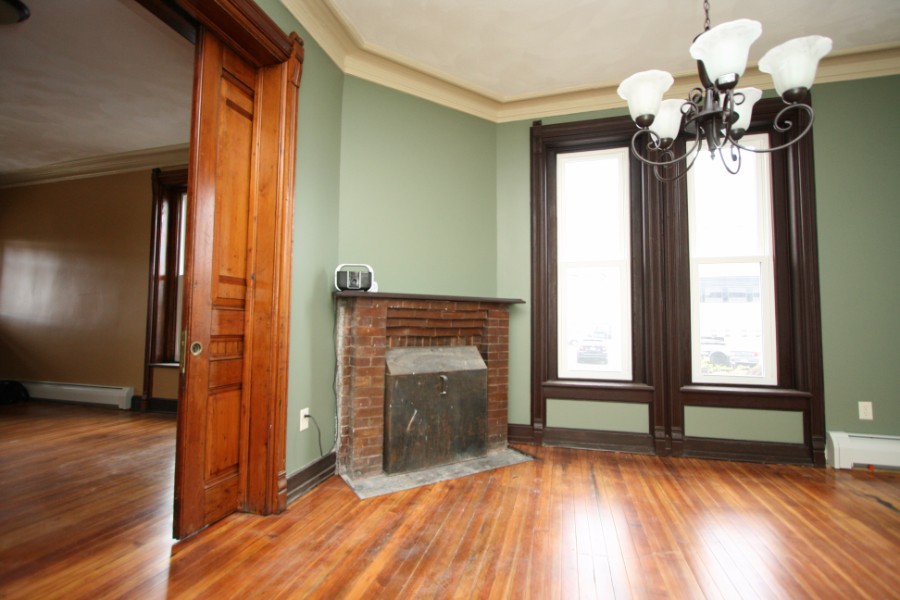 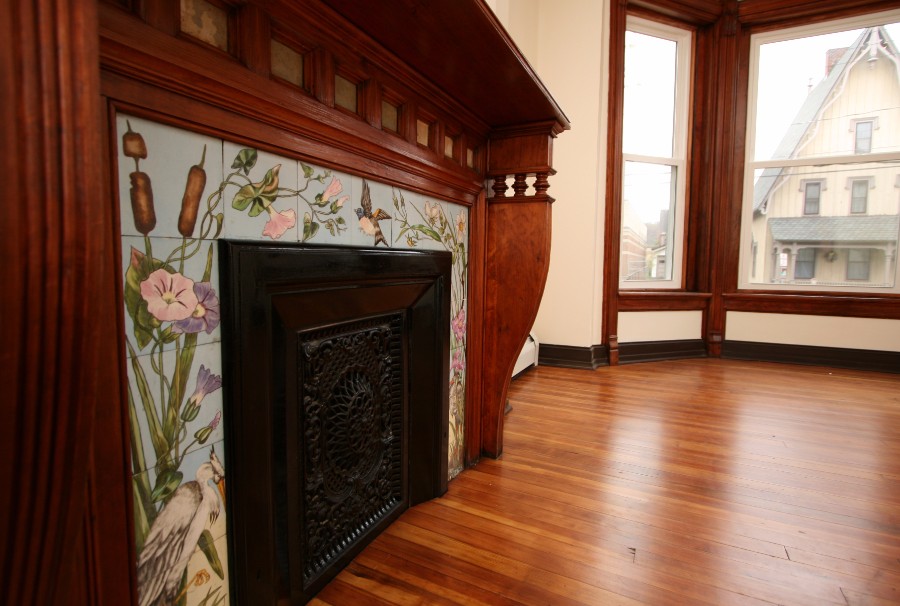 The building was severely dilapidated. An attempt by previous owner(s) to turn it into a 3 family had compromised the roof and the integrity of parts of the interior. Some original doors and windows were removed. The internal ‘grand stair’ was completely missing. The two story side addition had the roof and both floors rotted and collapsed.

The project was undertaken by the First Ward Action Council at the behest of the City of Binghamton. The City had a very strong interest in seeing the building renovated and keeping the historic integrity intact. The brick building anchors the west end of Pine Street and continues the revitalization progress seen in this neighborhood over the years.

The project was funded with Restore NY funds as well as Neighborhood Stabilization funds.

Both interior and exterior materials were salvaged and reused to the utmost extent possible while making the interior and exterior modifications. The building retained most of its original details and materials including the interior floors and trim. The limited scope of the project left the basement and walk-up attic untouched and ready for additional renovation by the new owner.  The porches were restructured and much of the detailing was rehabilitated. All new systems, bathrooms, and a kitchen were provided and some new doors and windows were added where the originals were damaged or removed.